A torrential downpour courtesy of tropical storms pounding the coast, threatened to bog down Kinsey and Ian’s early November wedding. However thanks to a little creativity and a few evasive maneuvers, the day went swimmingly (pardon the pun).

Everything about their special day gleamed with Kinsey’s endless creativity. An elegant affair from top to bottom, this classically styled event was anything but ordinary. The couples’ originality was immediately evident by their less than traditional bridal party, consisting of Ian’s two brothers as his groomsmen and Kinsey’s two brothers as her “bridesmen”. As is any wedding planner’s dream, Kinsey was meticulously organized and abounding with unique ideas.

In spite of the storm’s relentless effort, Aislinn Kate and her team turned what could have been a soggy “first look” into a sultry and romantic atmosphere, hidden among the tendrils of New World Landing’s courtyard. Across the street, Kinsey’s artistic inspiration, matched with Paul’s resourceful eye, effortlessly transformed 5eleven into an enchanting space for both the ceremony and the reception. As the evening set, guests enjoyed passed appetizers and a gourmet dinner buffet as they mingled among beautifully arranged driftwood centerpieces and romantic lighting cast by flickering candles. 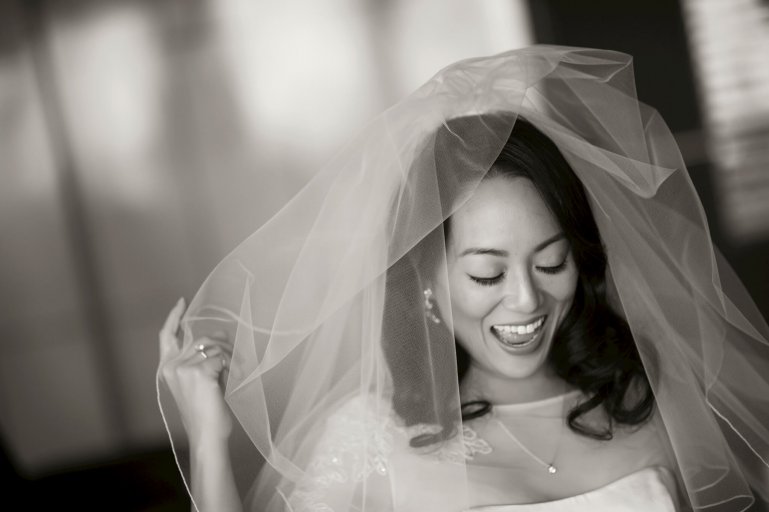 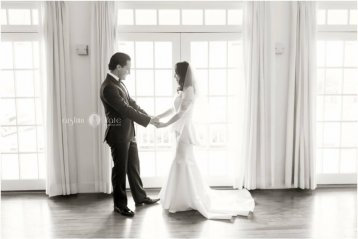 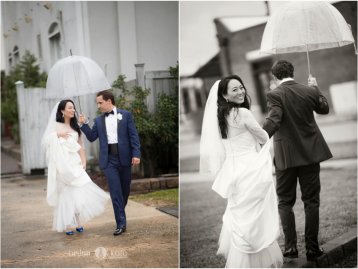 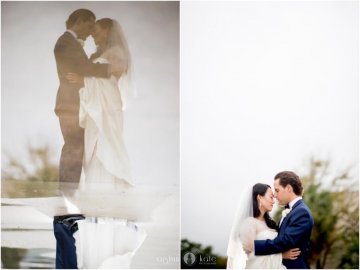 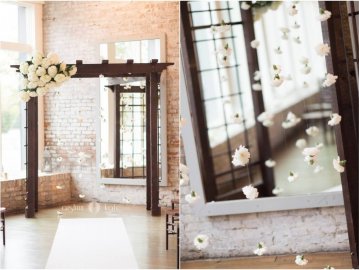 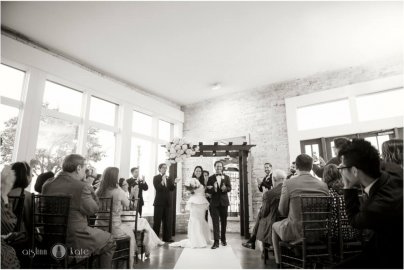 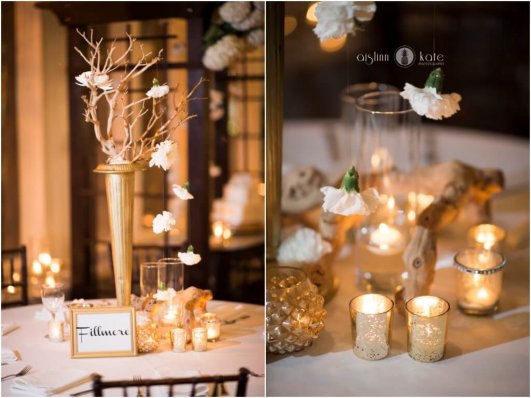 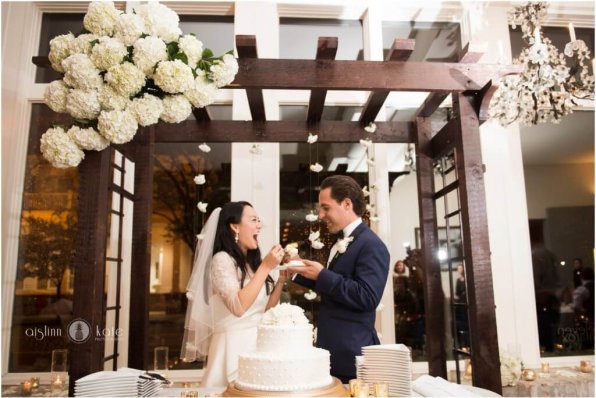 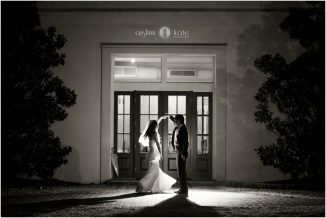 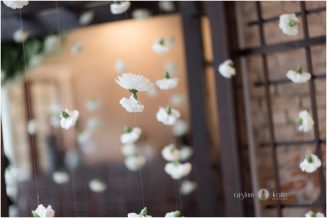